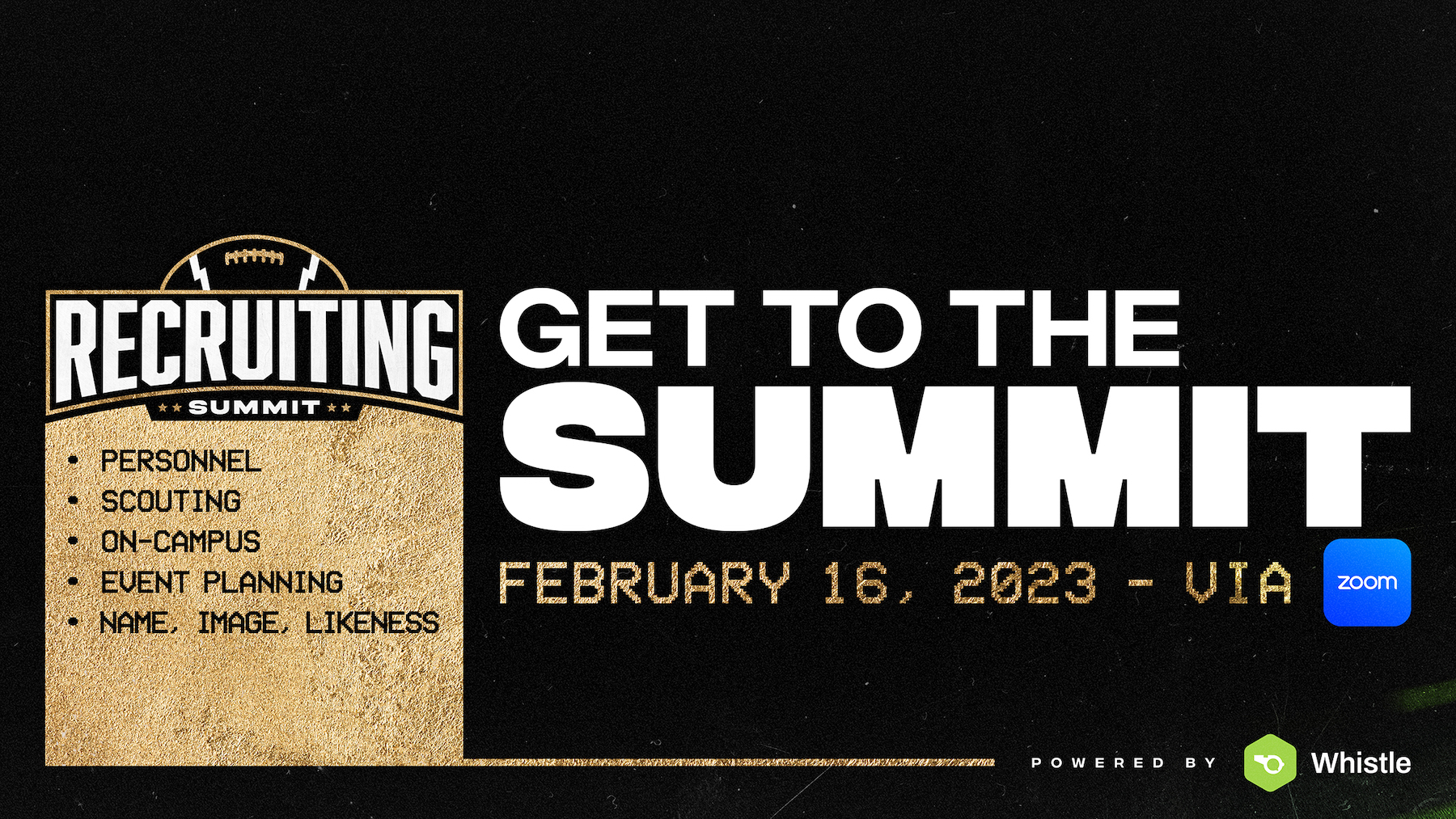 The inaugural Recruiting Summit is a virtual event focused on helping you learn from the best in the industry, grow your professional network, and change the landscape of recruiting for the better.

Billy High, the University of Tennessee: Building your Recruiting Office

Billy High owns over a decade of experience, including multiple stints in the Southeastern Conference.

High previously served as the Assistant Athletic Director/General Manager for North Carolina football from January 2019 to January 2022. In his role with the Tar Heels, he oversaw recruiting evaluations and operations, on-campus recruiting and all other recruiting activities on head coach Mack Brown’s staff.

During High’s tenure, North Carolina signed three consecutive top 15 recruiting classes, including the No. 8 class in December 2021. The Tar Heels earned an Orange Bowl berth and finished No. 17 in the final Coaches poll during the 2020 season.

Prior to UNC, High spent two seasons at Auburn beginning in 2017. He was promoted to director of recruiting prior to the 2018 season. In that role, he oversaw the player personnel and on-campus recruiting departments. High was part of the Tigers’ 2017 SEC West championship team and two top 15 recruiting classes.

Prior to her arrival at Ohio State, Dunston was the director of on-campus recruiting at Kansas for the 2019 and 2020 seasons. She arrived in Lawrence from Purdue University and served as an athletics administration associate. In her role, Dunston collaborated with internal and external personnel to achieve organizational objectives, implement project management processes and assist with community relations and engagement.

Dann has spent the majority of his career working in the recruiting departments of several Power 5 football programs. He's helped hundreds of student-athletes achieve their dream of playing football at the highest collegiate level, earning their degrees, and continuing their professional football careers.
‍
Dann currently serves as the Director of Player Relations (NIL) for Penn State University Football. He's served on several university committees and is a member of the Fox Chapel Area School District Athletic Hall of Fame.