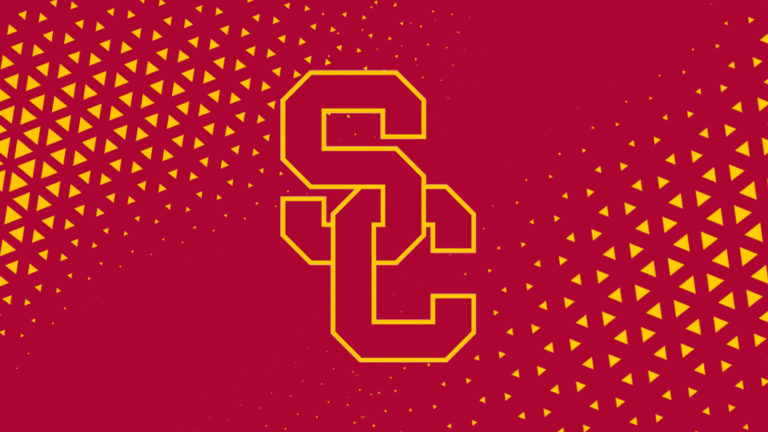 There are few programs in college football that can boast the winning tradition of USC. National championships, Heisman trophies. All-Americans. NFL alumni, Hall of Famers — it’s all part of the Trojans’ lore.

Starting in 2020-21, coaches at USC will also be able to talk to recruits about the value of competing for Pac-12 championships as a Trojan will have for players’ personal brands. That is when new rules allowing collegiate athletes to monetize their Name, Image and Likeness(NIL) will go into effect.

If those rules existed today, there already would be a substantial revenue opportunity for the current Trojans. An INFLCR audit of the social accounts of USC football players on the 2019 roster found that they held an audience valued at more than $680,000 annually on social-media platforms such as Instagram and Twitter.

USC All-American wide receiver Michael Pittman Jr. built his following while a collegiate star to more than 146,000 across Instagram and Twitter. Pittman, now with the NFL’s Indianapolis Colts, created an audience valued at more than $116,000 annually as he entered the NFL. Pittman could have commanded more than $4,400 per post in sponsored campaigns while at USC, according to the INFLCR formula.

“Social media is going to be the key driver for student-athletes to monetize their name, image and likeness,” said INFLCR founder and CEO Jim Cavale. “It will be the simplest and most convenient means for them to create value for themselves. For athletes in a program like USC, competing in a market like Los Angeles and in a conference like the Pac-12, these opportunities could be substantial sources of income for players.”

INFLCR’s NIL working group, led by former ESPN and Dallas Cowboys content leader and INFLCR COO Neeta Sreekanth, created a multi-dimensional formula to assess athletes’ per-post value for branded content on social media. Sreekanth and her team have also had the benefit of data from more than 23,000 current student-athlete users who rely on INFLCR to grow their social brand editorially.

INFLCR’s formula takes into account a variety of factors beyond followers on social media, starting with the core factor of all athlete social media channels – editorial storytelling activity – and other key factors including engagement rate, team performance, sport played, the conference and the market of the team.This formula has been established to help INFLCR clients and other collegiate athletic programs understand the impact and opportunities that NIL may provide for their athletes.

Trojans offensive lineman Austin Jackson built a following of 23,000 during his career at USC. According to the INFLCR formula, Jackson goes into the NFL as a first-round draft pick of the Miami Dolphins with a social-following valued at $18,600 annually and a per-post value of $718.

The INFLCR audit found that 17 of the 2019 Trojans had an audience on social media large enough to be valued at more than $10,000 annually, and many others are in position to reach that mark before the new rules go into effect.

“The key for USC athletes is to continue to do what they are already doing, and what they will continue to be able to do regardless of where the final legislation lands: tell their story authentically, editorially, to build an engaged audience of value that would attract the interest of brands,” Cavale said.

“We believe there is a delicate balance between editorial posts and commercial paid posts. Players are going to want to have the opportunity to monetize their social-media accounts, but that won’t just happen automatically. All audiences are not created equally. Their social-media activity should have the goal of telling their story authentically and organically to engage the audience. This is what makes an athlete appealing to a brand.

“USC is making an investment in delivering content to its athletes to tell their story editorially. This is something they can do now, and that they will continue to be able to do in the future. USC is giving its football players the tools they need to maximize their personal-brand opportunities.”