The True Passion Behind The Beyond Ball Blog 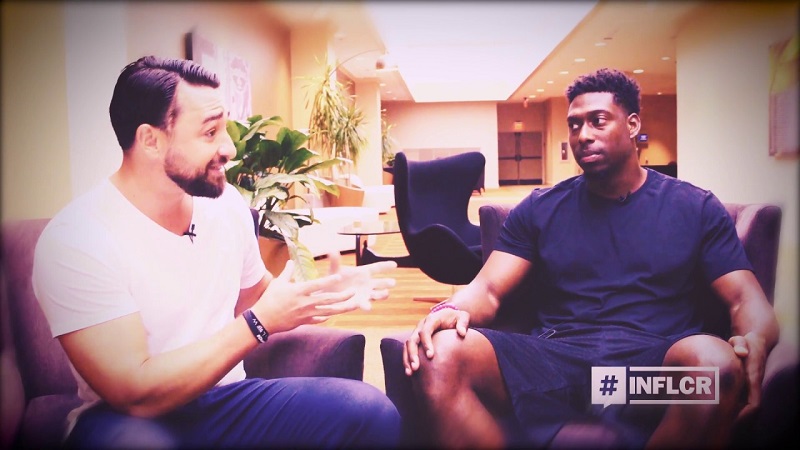 Influencer (INFLCR) has launched the Beyond Ball, a blog for athletes by athletes. The blog, powered by the Influencer software platform, features videos, podcasts and written blog posts from legendary college and pro athletes, discussing topics like personal brand, social media, entrepreneurship, life after sports and more.

“The passion behind Influencer is to help young athletes take a better hold of their personal brand while it’s still relevant,” said Jim Cavale, Founder and CEO of INFLCR. “The Beyond Ball blog allows us to focus on this passion through deconstructing athletes who have been able to do what we want more young athletes to do, which is to achieve excellence on the field, while building a personal brand that they’ll be able to leverage in various opportunities and roles in their life that go beyond sports – Beyond Ball.”

Cavale’s passion to help young athletes grew into his latest entrepreneurial effort, INFLCR, which aims to organize, equip and develop student-athletes by partnering with collegiate athletic departments and teams. The INFLCR software provides a CRM database to organize data and content pertaining to each individual brand ambassador’s social media channels, which are each becoming increasingly relevant to their college athletics program brand. INFLCR then helps college athletics programs equip these brand ambassador social media channels with internally curated content through a cloud-based “ContentHub”, where they can access and post content pieces that help each brand ambassador grow their personal brand and the brand of their university in a simultaneous fashion. The Beyond Ball Blog is the source of the develop portion of INFLCR’s process, where athletes can learn from short videos and lessons in a private app within the INFLCR system.

“My dream is that our INFLCR platform gets these young athletes to take their personal brand more seriously and use the content they’re being equipped with by the school they play for,” Cavale said.

In each Beyond Ball blog post, Cavale interviews an INFLCR “Athlete Ambassador” on video and/or in a podcast that gives them the platform to tell their story and speak about multiple topics revolving around becoming more prepared for life after sports. Some stories shield surprises, such as All-Pro New York Giants running back Tiki Barber wanted to be an astronaut more than an NFL player, or how former Auburn University greats Jason Campbell and Reggie Torbor had the influence of family and coaches to prepare them for life outside of sports. Other blogs, similar to Barber’s, will touch on career paths and being an entrepreneur, such as the Dallas Cowboys’ Lewis Neal beginning businesses as a backup member of the LSU Tigers football team or Oakland Raiders’ tight end Jared Cook growing a business as an NFL player.

“These athletes that we’re talking to are not just any athlete. They get personal brand, they get social media, they really get life after sports as it attains to leveraging the ball after it’s deflated,” Cavale said. “I want to give that personal brand equity to as many young men and young women as I possibly can. That’s a big passion behind this.”

Cavale’s passion to help athletes and tell their stories stems from his own story. After moving from Syracuse, New York to Alabama in 2002 to play college baseball with hopes of a longer career playing ball. A shoulder injury changed that. While spending the summer rehabbing his arm, Cavale was introduced to the world of video production and opportunities to broadcast, awakening his enjoyment for a film class he once took and his dream to become a broadcaster. That fall, he was hit with the realization that his arm was not what it once was. He chose to turn toward his renewed love for broadcasting and helped create a student broadcasting network, broadcasting University of Montevallo basketball and baseball, hosting a weekly sports talk show and a weekly highlights show on campus and local cable. This even grew to making his first film documentary, “The Montevallo March to Glory”.

Cavale said he was able to revise his identity by the grace of God and with support from his parents and coaches.

“You hear when you’re younger, ‘99 percent don’t make it’, and ‘there’s more than just sports.’ You don’t listen to that as much when you’re younger, but as you get older you listen to that more and more. Having an injury makes you take that a lot more serious,” Cavale said. “There’s a lot of kids that don’t know anything but sports, and when it’s over, it’s like life is over … I just want to help guys think beyond the game while they’re still playing.”

Jim Cavale has been an entrepreneur since college when he co-founded a sports TV/Radio streaming network for his university, and then created a product to sell to other universities to help them stream their sporting events. Since then, Jim has exited multiple businesses, most recently selling his equity as President of Iron Tribe Fitness after more than six years in which he helped lead the brand from one gym in Alabama to more than 40 gym locations across America from Seattle to Miami. He is a three-time INC. 5000 entrepreneur who has recently founded two new emerging brands in the GLOW beauty on-demand app and the Influencer SaaS product that empowers brands to partner with their brand ambassadors on social media. Jim is a published author with Entrepreneur Press, has spoken on stages of all sizes and publishes content regularly at http://JimCavale.com