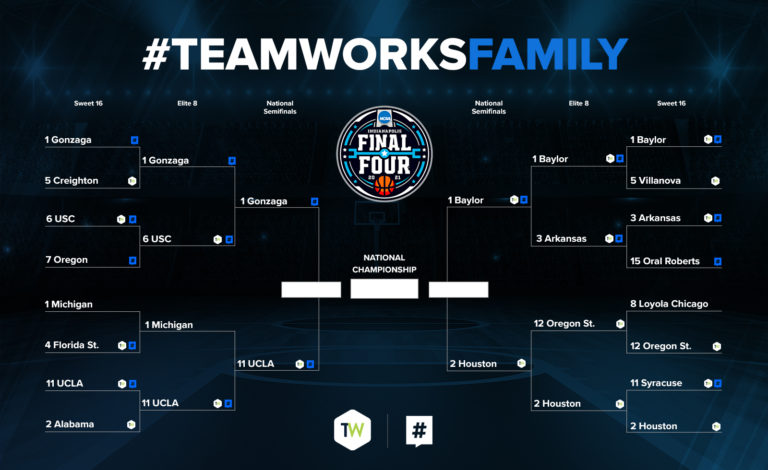 College basketball teams work all year to be their best in March. When their big moment arrives, they want to be ready.

Along their journey to the Sweet 16 of their respective NCAA tournaments, eight men’s teams and eight women’s teams used INFLCR to access real-time content for use on their personal social-media channels.

More than 200 student-athletes from these teams had easy access to content at their fingertips via their INFLCR mobile app. Photos, videos and graphics produced by teams and INFLCR’s exclusive national-media partners helped student-athletes chronicle their games, practices, and travel onto their social media channels throughout March Madness.

INFLCR’s artificial-intelligence technology that recognizes faces, numbers and file metadata tagged this content for the team staff, delivering it in personalized galleries directly to the mobile devices of these student-athletes, with editorial rights to share directly to their social channels as their respective March Madness journeys unfolded.

This ongoing storytelling produced dramatic results for both the athletes and the teams they represent.

Access to that content helped the student-athletes grow their collective audience by more than 455,000 followers in March.

One of the great success stories of the 2021 men’s tournament was the magical March Madness run of No. 15 seed Oral Roberts University to the Sweet 16. Just as the Eagles were hot on the court, they also excelled in brand-building.

“We talk about being ready for the moment all the time — telling your story and taking your audience with you on your journey,” INFLCR founder and CEO Jim Cavale said. “This is a perfect example of how having easy access to content empowers athletes to tell their story with impact.

“This is also a great example of how rising tides can lift all boats. The team and players told the ORU story in March, and they all benefitted by collectively adding more than 31,000 followers on Instagram in just two weeks.”

In addition to Oral Roberts, several other INFLCR teams made runs to the men’s Sweet 16, including USC, Oregon, Arkansas and Syracuse plus three Final Four qualifiers: Gonzaga, UCLA and Baylor.

As a group, student-athletes from the eight men’s Sweet 16 INFLCR partners downloaded & shared more than 2,900 content items, generated more than 620,000 interactions across and grew their audiences by more than 168,000 followers.

The women’s teams combined to download/share more than 3,400 content-items in March, led by Arizona with 831.

The usage in real time was even more impactful for the women than the men.

The student-athletes from the eight women’s teams collectively generated more than 1 million interactions across Instagram and Twitter while gaining more than 358,000 followers.

“Every women’s basketball student-athlete from these teams saw their followings grow on both Twitter and Instagram during March,” Cavale said. “It wasn’t just the star players like Baylor’s DiJonai Carrington and Oregon’s Sedona Price, who both have tens of thousands of followers and do a phenomenal job using INFLCR to impact their social media activity. It was everyone.

“Every student-athlete benefits from having access to their content in real-time. This brand-building opportunity becomes even more important as we move closer to Name, Image and Likeness rights being a reality in the NCAA.”

This is all taking place at a time when student-athletes are leveraging their social media more than ever before, voicing their opinions regarding NIL and many other important issues. The hashtag #NotNCAAProperty trended on social during the tournament, as student-athletes posted about their desire to leverage their NIL rights and use their name, image and likeness for financial gain as regular students can do.

Many states have passed NIL laws that go into effect this summer. Meanwhile, the NCAA is also working through rules legislation as it also awaits important rulings from the Supreme Court and potential action by Congress on national NIL standards.

Regardless of how it all shakes out, Cavale says the baseline for opportunity is seen in the unpaid, editorial activity of student-athletes leveraging their moment in the spotlight of collegiate athletics.

“Telling your story editorially, and taking your fans along for the ride, is the fundamental base for all of the commercial NIL opportunities that lie ahead, and the ability to have a voice that influences change. Many of the followers who saw the #NotNCAAProperty posts by INFLCR’s student-athlete users, made the decision to follow those student-athletes earlier this season as they were storytelling their way to a March Madness berth.”