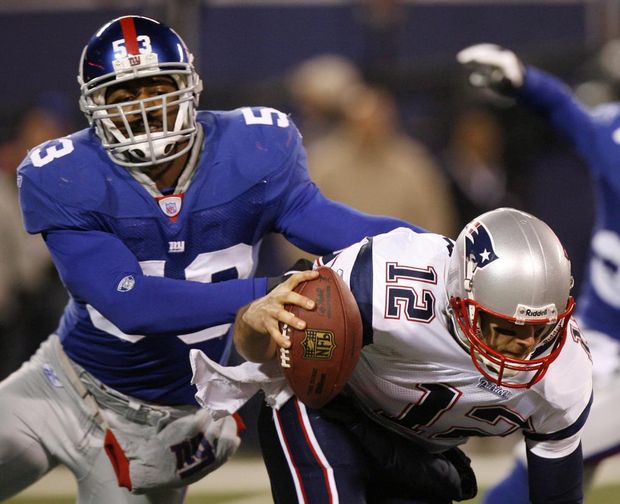 For Super Bowl champion Reggie Torbor life after football is going back to the basics and investing in others what his coach invested in him.

As an All-State running back and linebacker at Lee High School in Baton Rouge, Louisiana, Torbor’s high school football coach opened his eyes to reveal potential and a dream, not only football.

“This is the first a man not related to me who genuinely loved me,” Torbor said. “He took the blinders off and told me how big the world was.”

That ability to see potential transferred down to a recruiting visit to Auburn University before Signing Day 1999 with first-year Auburn head coach Tommy Tuberville. A group of 30 recruits gathered toward the end of the weekend visit and realized they could do something great.

“Sometimes you just cling to people and all of us clicked and decided to come to Auburn and turn around a 3-8 program,” Torbor said. “We all had other options, but to have the opportunity to do something great with guys that you like, that was the difference maker.”

What Torbor and his Tiger teammates built over the next five seasons became attractive, going from 5-6 and fifth in the SEC to back-to-back ties for first in the SEC West and bowl appearances, then bowl wins over Penn State and Wisconsin. While Torbor went on to earn his degree and garner a fourth-round draft selection by the New York Giants in the spring of 2004, Auburn’s momentum continued toward a SEC title and perfect 13-0 season that fall.

During his eight-year NFL career, Torbor spent four seasons with the Giants, including a win in Super Bowl XLII, 17-14, over the New England Patriots. During this time, he met another mentor, Michael Strahan, who helped further reveal the size of the world.

Torbor says his journey has been an unfolding of layers to reveal the size of the world and the opportunities available.

Since his football playing career came to an end, Torbor has made it his focus to disciple and mentor other young players.

“If at my funeral, the biggest thing I’m known for is playing football, then I’ve failed,” he said.

A husband and father of two, Torbor is now owner and operator of Torbor Technical Training, where he serves as a pro skills trainer and motivational speaker. He aims to present a holistic approach to the game to help develop well-rounded athletes just as others did for him.

“I can look at someone, and I can see myself. I can see the little kid who if my coach had never helped, you wouldn’t be talking to me right now,” Torbor said.

In this Influencer (INFLCR) athlete ambassador interview, INFLCR founder and CEO Jim Cavale has a relaxing and genuine conversation with Torbor, who reveals the ways he uses his story to challenge and shape younger athletes:

– See an achievement as a blessing and starting line, not a finish line
– Change how you see the world
– Get yourself into leadership roles
– Use social media responsibly and with a purpose

About Jim Cavale, INFLCR Founder & CEO:
Jim Cavale has been an entrepreneur since college when he co-founded a sports TV/Radio streaming network for his university, and then created a product to sell to other universities to help them stream their sporting events. Since then, Jim has exited multiple businesses, most recently selling his equity as President of Iron Tribe Fitness after more than six years in which he helped lead the brand from one gym in Alabama to more than 40 gym locations across America from Seattle to Miami. He is a three-time INC. 5000 entrepreneur who has recently founded two new emerging brands in the GLOW beauty on-demand app and the Influencer SaaS product that empowers brands to partner with their brand ambassadors on social media. Jim is a published author with Entrepreneur Press (https://www.amazon.com/B-S-Guide-Brand-Building-Direct-Response/dp/1599185334), has spoken on stages of all sizes and publishes content regularly at http://JimCavale.com