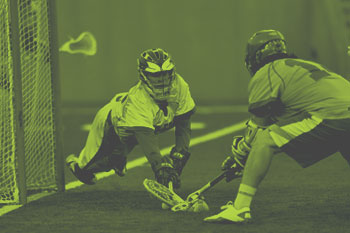 Kevin CasseseSmith Family Head CoachMen's LacrosseLehigh UniversityWarm-up RoundFavorite Movie: Good Will Hunting.Favorite Food: Chicken Parmesan.Childhood idol: Mark Messier.Non-sports hobby: Adventure racing (Tough Mudder, Warrior Dash).Favorite Vacation Spot: The Breakers in West Palm Beach, FL.What drives you?I’m a competitive person by nature. I was brought up in a family where both parents were educators. I grew up around athletics alongside academia. Being competitive in those areas has always been part of who I am. I enjoy competition and feeling the thrill of victory. I'm hopeful that my players are driven by my enthusiasm and can share the same thrill.How did you get into coaching?It’s always been in my blood. I grew up around it because my father was a football coach. I understood what was involved in the lifestyle, and I liked it. I didn’t know right away that that’s what I wanted to do, but I was always interested. I tried the business world, after graduating from Duke in 2003 but, after one year I decided to follow my calling to coach. I got my first coaching job at Stony Brook University and then Duke University shortly after that.Who are your mentors?I learned a great deal from my college coach at Duke, Mike Pressler, who is now the head coach at Bryant University. We still talk regularly. I also worked for John Danowski at Duke and he continues to be a great mentor to me. Lastly, I'd say my father, mother and brother. They are my guiding light and always have been.What was it like playing professionally and coaching at the same time?I played in Major League Lacrosse for seven years and was drafted number two overall in the 2003 MLL draft. I played four years for the Rochester Rattlers, two with the Philadelphia Barrage and then one with the Boston Cannons. During my entire professional career, I also coached. It was a lot of fun. I didn’t have kids at the time, and my wife was very understanding and supportive of me basically being gone for the entire summer. I would base recruiting trips around where I was playing a game. It was a really busy time.What advice would you give to your former self?Enjoy the moment as much as possible. As motivated as I was, I was always trying to reach the next level or that next step to climb the ladder as quickly as possible. I had some really great experiences and I appreciate them a lot more now than I did when I was actually going through them.What advice would you give to players looking to go pro?You get what you work for. Nobody owes you anything. You need to make sure that you roll your sleeves up and get to work. One of my favorite quotes is, “A goal without a plan is just a wish.” You need to put some action items down. Working hard, pushing for what you believe in and trying to make that dream become a reality is really what it’s all about.