INFLCR Turns 2: Software Company Is Delivering On Its Promise To Serve Student-Athlete Storytellers 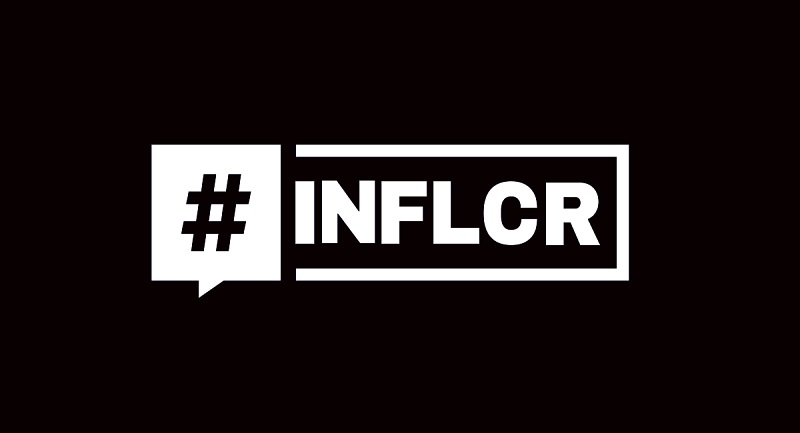 Two years ago in September 2017, serial entrepreneur Jim Cavale set out for a new venture called Influencer (INFLCR). The company launched the alpha version of the INFLCR platform that month with four college athletics clients: Kentucky, Auburn, Troy and UAB.

“We launched without knowing what our journey would hold,” Cavale said, “but we felt an urgency to get something out there to learn the best route to bring new value to college athletics brands while also putting the athlete first by delivering them access to personalized content that they could share on their terms — when, how and where they want on social media.”

Since that launch, INFLCR raised $1 million from investors and built a mobile app, a decision that has paid off in tremendous athlete usage of the platform because “we learned from athletes that (an app) was the best way to deliver them a personalized gallery of content,” Cavale said.

As a result, INFLCR is succeeding in its purpose to serve storytellers by providing athletes with real-time access to the photos and videos of their exploits on the field or court so that they can build their personal brands within the context of the teams they represent.

Along the way, it has added several new features to bring significant value to INFLCR’s college athletics clients to increase operational efficiency, impact recruiting, grow audience, and most importantly, serve the athletes.

As INFLCR has learned from the market, the market has responded.

The past year has seen remarkable growth for the Birmingham, Ala.-based company. The college athletics client list has soared from eight in September 2018 to more than 80 in September 2019, including more than 350 teams from all levels of the NCAA. More than 9,500 athletes are daily active users of the platform, including more than 300 who have matriculated from their college teams to the professional ranks such as NBA draft picks Zion Williamson and RJ Barrett or NFL picks Josh Allen and Jarrett Stidham.

The company serves clients from every NCAA Football Bowl Subdivision conference as well as top programs from the Football Championship Series and even NCAA Division II.

INFLCR really began gaining traction last fall when it secured partnerships with four of the biggest college basketball bluebloods in the country when Duke, North Carolina and Kansas followed early-adopter Kentucky onto the platform.

That gained attention, and then football clients began seeing the audience growth and athlete usage that validated their investment — and then some. Winter turned to spring, when March Madness turned up the heat with programs like Michigan State and Auburn telling the story of Final Four runs via INFLCR.

The initial vision INFLCR was selling with a beta product had become vivid reality with clear audience metrics and thousands of athletes accessing content daily through the app. Many athletes have hundreds of sessions in the app during the course of their season, and they are prolific in their use. For example, Stetson Football players downloaded and shared more than 1,300 images in the team’s first week on the platform alone.

— There have been more than 90,000 total media downloads since launching the app.

— More than 50 Division I college football teams are reaching a weekly average Instagram audience of 103,405 unique viewers through athlete shares on Instagram.

— Football teams average 95 athletes active on the app on a week to week basis.

These are not episodic transactions, delivered and then gone at a set time and place. This is consistent, ongoing storytelling behavior to a social-media audience — primarily fans and recruits — that carries a personal connection to the athletes.

From the athletes’ perspective, it is a la carte, real-time access to great content to tell the story of their journey with his or her team, daily, in their authentic voice with their big plays and memories at their fingertips anytime.

From a team’s perspective, it is an ability to reach a highly desirable audience and maximize investment in content that previously mostly went unused and unseen.

More than 80 percent of the athletes’ social audience is fans and prospective recruits, Cavale said, “and a large percentage of those are not following the team accounts because people are much more likely to follow people on social media than they are to follow brands.”

And as to the INFLCR brand? It is gaining loyalty.

“One thing this probably most encouraging when it comes to INFLCR’s growth is not just the fact that we’ve added that quantity of logos as clients at the college level,” Cavale said, “but the growing investment in the amount of sports and athletes that we are serving at each school. The true land-and-expand software model is being lived out at INFLCR through the deliverance of value to our clients. It’s leading from one or two sports using INFLCR at a school to as many as all of the sports at a school using INFLCR.”

As the company prepares to begin its third year of operations, Cavale points with pride to its renewal success rate with existing clients.

“We have 100 percent renewal rate since we launched the INFLCR athlete app in 2018,” Cavale said.

In fact, more than a dozen clients from the smaller sample  have renewed at a value of more than double their initial investment, with several even tripling their participation. Programs like Miami, Kansas, Ole Miss, Penn State, Fresno State, Syracuse and South Florida have significantly expanded their services.

One client, the University of North Carolina, increased its investment by 600 percent with an athletics-wide partnership that was a logical progression of their INFLCR partnership, according to Director of Athletics Bubba Cunningham.

“In traveling with our men’s basketball team, I had the chance to personally see the impact that INFLCR had on the social media brands of our men’s basketball student-athletes and the team as a whole. It just made sense for us to establish a larger scale, athletics-wide partnership between the University of North Carolina and INFLCR, to provide this enhanced student-athlete experience and brand impact to for all of our sports on social media.”

UNC is one of several programs opting to expand to athletic department-wide, unlimited service. Some even did so before their initial subscription expired. West Virginia, for example, originally signed on with football but quickly revised the agreement to include all sports. Georgia Tech and Mississippi State also followed that track.

“When Coach (Neal) Brown arrived here, one of the first things he did was request that we add INFLCR, which he had used with his student-athletes as the head coach at Troy,” said Grant Dovey, West Virginia’s director of digital media.

“We saw immediately that INFLCR would create efficiency for our staff, empower our student-athletes with the great content we were producing and help us reach a larger audience on a consistent basis. It just made sense to add INFLCR for all our sports. The student-athletes love it.”

INFLCR’s range of features and track record of success with student-athlete participation helped make expansion an easy decision. Such as:

— INFLCR boasts a 92-percent activation success rate among client student athletes. Activation is easy and can be done virtually. In a matter of minutes, athletes can be accessing and sharing their personalized content.

— Clients can gain access to national media content to stock their accounts through INFLCR’s partnership with USA Today’s IMAGN photography. The USA Today partnership also fuels the migration of athletes from their college teams into INFLCR’s pro network.

— The addition of Artificial Intelligence to help efficiently tag content to feed personalized galleries for the student-athletes, coaches and other brand ambassadors.

— Unlimited terabytes of cloud storage to support photos, videos, GIFs, MP4s and all other forms of digital content

— Content-migration integrations with platforms such as Box, Dropbox, Photoshelter and Sidearm sports, amongst others.

— Live dashboards that help clients track what content is being downloaded and shared, by whom, and to where, as well as regular Client Success reports that measure the audience and usage impact for the brand.

— A tool that allows schools to schedule Campaigns featuring content and pre-written captions for their brand ambassadors, who can opt-in to have the post made on their behalf.

Supporting all those features is a Client Success team that ensures each INFLCR partner maximizes their investment. They don’t just hand a client some user logins and turn them lose with software. With a wide-range background in college athletics experience, the Client Success team is there to activate a team in less than 24 hours, along with providing ongoing support via trouble-shooting, data reporting and best practice suggestions.

They are part of a team that expanded from two initial employees at launch to more than 25 to end 2019, a year that also saw INFLCR graduate from the Innovation Depot near the University of Alabama at Birmingham and move into a 4,000-square foot office in downtown Birmingham.

Through it all, Cavale’s vision has never wavered. As a former NCAA student-athlete himself, with a background in media and a track record of building companies through personal branding, his passions converged around one idea:

“I want the athletes to have their content,” he said. “They work too hard to create these moments on their field or court, and they have a limited time in the spotlight of athletics to build something for themselves that can create value for them long after their playing career ends.

“Partnering with college athletics brands and other sports leagues, teams and organizations that share this passion for athletes, will continue to be our focus so we can grow the impact we’re able to have throughout the world of sports.”