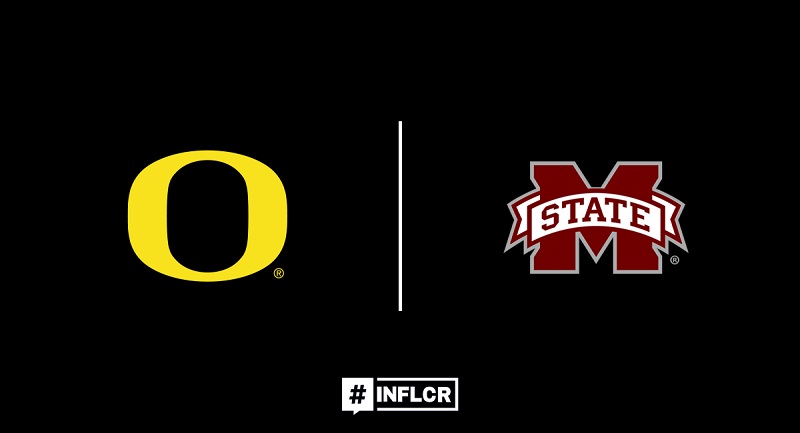 Both teams achieved successful regular-season records, with Mississippi State winning a Southeastern Conference championship, and both teams also advanced to the 2019 NCAA Basketball Tournament. In this case study, we review how the two teams approached content delivery to athletes, athlete presence on the app, athlete usage of content, and results that helped amplify the branding for both teams and athletic programs.

The Oregon Women’s Basketball team was activated on the INFLCR app at the start of the March Madness tournament, following the regular season, and immediately started receiving content at a high-profile time of year, when stakes for the team were high.

Of those two athletes, senior point guard Maite Cazorla would have some of the most engaged-with Instagram posts from the Oregon WBB team, with several posts earning an engagement rate of over 25%. Maite has since continued on to a professional career in the WNBA with the Atlanta Dream.

Throughout the tournament, Oregon’s digital team uploaded more than 15 galleries of content for the basketball team, capturing every aspect of their historic postseason run. Of those, the women’s players downloaded and shared more than 130 pieces of content on their social media accounts.

Compare that to the Oregon men’s basketball team, who had 20 galleries uploaded and about 1,200 pieces of content available, and who downloaded and shared 120 content items to social media.

With a similar amount of event galleries and content to choose from, student-athletes from both the men’s and women’s basketball teams combined accessed more than 250 individual pieces of content during the tournament.

A No. 1-seeded team entering the 2019 NCAA Basketball Tournament, and a team who had been using INFLCR since the start of the regular season, we chose to look at a month of INFLCR reporting for Mississippi State’s WBB team that would reflect a high-performing team in the middle of a winning season and their corresponding athlete usage.

From mid-January to mid-February of the 2018-2019 season, Mississippi State’s digital team uploaded hundreds of content items to INFLCR, of which 155 were downloaded and shared by athletes.

That content, when shared through the athletes’ social media accounts, earned more than 12,000 likes on Instagram, reaching 36,000 people. That’s in addition to posts from Mississippi State’s well-followed team accounts.

Standout athlete and future WNBA athlete Anriel Howard, pictured above, saw an overall increase of 1,200 followers on Instagram from the beginning of the INFLCR onboarding process in December through February 2019.

With over 30 individual app sessions on the INFLCR mobile app, Anriel was one of many Mississippi State athletes who regularly checked their INFLCR galleries in order to find content to share on social media.

In both examples of social media posts from Oregon and Mississippi State, these star players talk about the team: an upcoming game day, and a big win. Those kinds of posts translate to excitement and increased awareness for the team.

Both programs were able to leverage dynamic content that their digital teams captured over the course of the season or tournament, and put it directly into the hands of athletes who could then share their experiences in their own voices. That genuine storytelling from the athletes helped add another perspective to each team’s successes, and invited more participation from the Oregon or Mississippi State communities to support the teams.

For more insight into how college basketball programs can use INFLCR to deliver high-quality content to athletes during the 2019-2020 basketball season, please contact our team by clicking the button below: