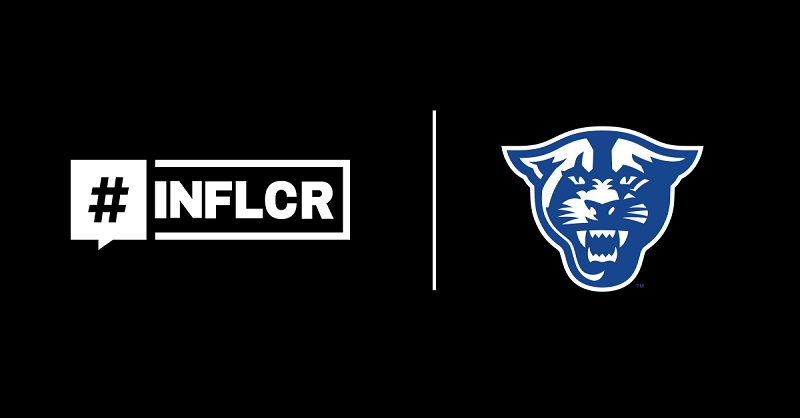 Georgia State was ready for the moment — on the field and on social media.

A 38-30 victory at Tennessee was the biggest upset of the first week of the 2019 college football season. It represented Georgia State’s first victory ever over a Southeastern Conference and Power Five conference opponent.

It also represented a tremendous opportunity to grow the Georgia State brand through the eyes of those who made the magic moment happen at Neyland Stadium in Knoxville, Tenn. Using the INFLCR software and mobile app to deliver photos and videos directly to their student-athletes, Georgia State Football was able to amplify the moment to a highly desirable audience — the fans and recruits who follow all the Panthers’ players.

“Saturday’s win is something that GSU players and fans can be proud of forever. Through INFLCR we were able to have photos from the game waiting on the players when they arrived to the locker room after the game,” said Will Owens, GSU’s Digital Media Coordinator.

“That allowed our student-athletes and coaches to document history instantly on their personal social accounts and in doing so, capitalize on the moment.”

In the three days after the victory, GSU student-athletes downloaded and shared 210 images to use on their own personal social-media channels such as Instagram, Twitter and Facebook.

Delivered in personal galleries to their phones via the INFLCR mobile app, their posts reached an audience of more than 104,000 unique visitors with those shares, including gaining more than 27,000 “likes” on Instagram.

Impressively, their posts had an engagement rate of 23%, significantly higher than the industry average of about 6%.

In total, 83 Georgia State football players and an additional 22 coaches were active in the INFLCR app in the 24 hours after the game, accessing content to celebrate the victory at Tennessee.

“Who better to tell the story of one of the great moments in the history of Georgia State Football than the student-athletes who worked so hard to made it happen,” said Jim Cavale, founder and CEO of INFLCR.

“It is so exciting to see Georgia State empower their student-athletes to tell that story. In doing so, they reach a larger audience to grow both their personal brands and the Georgia State brand they represent.”