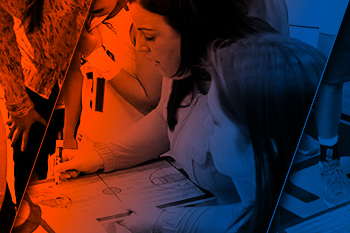 Prior to her arrival at Houston Baptist University in 2010, Donna Finnie spent ten years coaching and developing top talent in Europe with Scotland's U18 and U16 national teams and the British Olympic Program. She has since become the winningest head coach at the Division I level in program history at Houston Baptist.Donna FinnieHead CoachWomen's BasketballHouston Baptist University Built For Today’s Athletes"Teamworks allows our athletes to communicate in a much quicker and easier way than they ever have before. Student-athletes don’t want to communicate face-to-face as much anymore, but they do want to use apps, and they always have their phone in their hand. Teamworks makes life easier for them because it’s more their speed. The players feel that Teamworks is for them. They have really embraced it." Empowers Student-Athletes"Teamworks empowers our athletes because now they have the opportunity to soak in as much knowledge as possible. All the information is at their fingertips, so if they want to improve, they can to continue to learn outside of practice time. Our players feel so much more excited now that they have these resources." Players Are More Prepared"I had one player tell me she loves the app because she can watch her game minutes 10 or 11 times right after a game. Before, she would have to wait to get the memory stick, then schedule a time with a coach to watch it. Now, she can watch film as many times as she wants before she meets with a coach to go over it, which has really helped everyone be at the top of their game." Improves Organization"Teamworks has changed our lives because it has helped us be so much more organized as a staff. The players love Teamworks because it makes it very easy for them to stay organized as well. Our players like to know ahead of time what we’re doing. With everything on Teamworks, they can find all the information they need whenever they want." Better Player-Coach Interactions"One of the things that frustrates me the most as a coach is repeat questions. ‘What time are we leaving?’ is one I used to get often. Now with the travel module, we can put our flight information directly on Teamworks, including seat assignments. Teamworks has limited questions, which makes the time we get with players more productive. Now we have more time to build relationships with them and talk about basketball." Helps Get the Most Out of Everyone"A great example of Teamworks’ impact is one of our players, who used to struggle to be on time, has started to use Teamworks to schedule appointments and for time-management. Now, she never misses a beat because she has everything on Teamworks and sets reminders for herself." Goes Wherever You Go"Teamworks makes our athletes’ lives so much easier because all of our team information is uploaded to the app, so they always have it on them. We save so much time, because we can access everything we need wherever we are. Teamworks' mobility has really, really helped us as a program." Cultivates Accountability"Teamworks promotes accountability among our athletes because we’re able to track when they open messages or watch film. That’s such a huge tool for us as coaches. Teamworks helps our athletes stay on top of their responsibilities, which is definitely very helpful in keeping us all on the same page." Instant Access Boosts Productivity"We save a ton of time and our workouts are much more productive, because we all have immediate access to film. We video our workouts and then upload them straight to the video module on the Teamworks app. The athletes know to watch the video before we come in for our next session. Then we can meet with the players, who have already watched the film. It’s been incredible." Simplifies Collaboration"The ease of the app has really helped us communicate better with our whole staff. The Teamworks calendar saves us a ton of time because we can share our calendar with our strength coaches, our trainers and support staff. If we change a practice time, instead of having to re-text everyone individually or chase people down, we can put it into Teamworks and set an immediate notification that we know they will receive."How would you describe the overall value of Teamworks?"Once you get Teamworks, you’re going to be mad you hadn’t found out sooner. We’ve had alumni come back and they’re usually mad that they never had Teamworks. They say, 'Why didn’t we have this? This would have been so useful for us.' And all I can say is: 'Sorry.' Our players will tell you we use Teamworks a lot, and it has been great for us. It’s going to change the way you operate on a daily basis. It’s going to make your team’s communication and production much more effective."