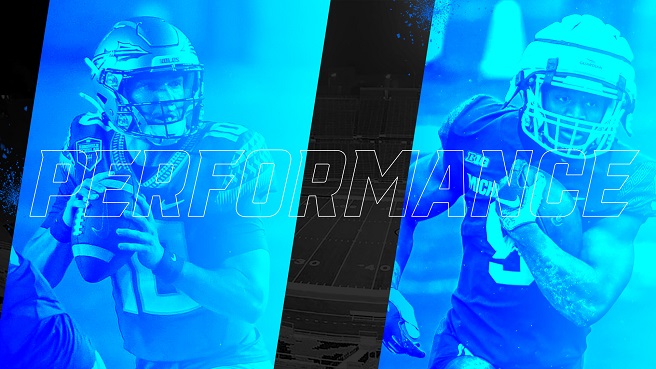 As part of the INFLCR network, athletes have access to digital media content to consistently post online about both their athletic performance and achievements as well as highlighting the various interests or aspects of their lives that make them more than an athlete.

Here we will take a look at two INFLCR university athletes that demonstrated how both preparedness for big moments on the field as well as social preparedness can positively affect their NIL growth.

In his debut with Florida State on September 5, 2021, Quarterback McKenzie Milton returned from his 2018 season-ending injury to send his team to OT against Notre Dame. His comeback story combined with his impressive performance in Sunday’s game drove a flurry of fan excitement and support. At INFLCR, our mission is to help athletes tell their stories, and McKenzie Milton is successfully doing that with his return to the game.

In three days since his appearance in Sunday’s thriller, Milton has grown his Instagram significantly. Milton has added 9,000 followers (up 13%) and his three posts combined for 54.4k interactions at a 28.23% interaction rate. Now in the NIL era, social growth is a positive that leads to increased monetization opportunities and NIL business growth.

Rushing for 264 yards and four touchdowns, Kenneth Walker’s season opener with Michigan State has already placed him on the Heisman Watchlist and garnered great media attention.

Since Walker’s on-field success in week one, his Instagram has grown 158% with 7,500 new followers over the last three days. His single post totaled 8.3k interactions for a 79.39% interaction rate. For comparison, brand accounts will generally run a 2-3% interaction rate on average, with athletes ranging between 10-30%. Kenneth’s star-studded performance resulted in his social media interaction being almost 8x the low end of the average.

With the college football season only just beginning, both Milton’s and Walker’s fan bases will only continue to grow. These athletes were prepared to capitalize off big on-field performances, but athletic performance alone won’t grow an individual’s NIL business to the highest levels it can reach. Personal branding initiative is necessary and placing value on strengthening one’s social presence will help maximize the opportunities that can come from putting in the work both on the field and online.

As the collegiate landscape continues to evolve with NIL, opportunities connected to social media have become more prevalent, and athletes are becoming brands’ biggest advocates. If an athlete’s social profiles aren’t ready for big moments to show fans who they are, they miss out on a greater impact.

Here are 3 ways to help ensure one’s social profile is ready to go to increase fan engagement and impressions when the big moments happen: