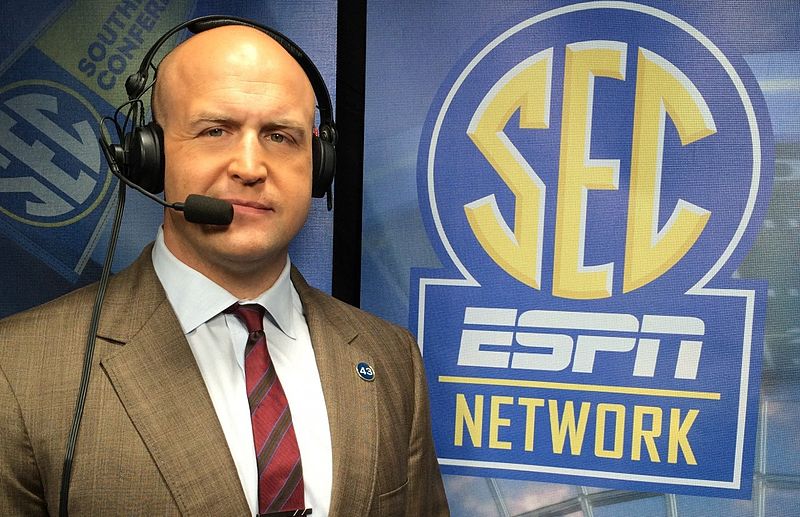 In this Influencer (INFLCR) athlete ambassador interview INFLCR founder and CEO Jim Cavale chats with Cubelic about the relationship and role between conference, school and athlete off the field with topics such as player payment, insurance for life, bartering each other’s brand and using social media.

Cubelic recognizes that when he graduated from Auburn in 2001 with a degree in communication studies and was hired on his first job interview in pharmaceutical sales. The hire was made because the guy knew Cubelic’s name as an Auburn starter, not because of his qualifications or grades in chemistry or biology – he never took those courses in college.

The key is learning how to use that platform, which has increased with social media. Cubelic says the amount of playing time doesn’t matter, if you’ve worn the helmet and jersey, you have a step up than the average person.

One of Cubelic’s earliest memories of a student-athlete using social media to enhance his brand was the use of an ESPN live chat by then Virginia running back Tiki Barber (Watch Tiki Barber’s INFLCR interview) in 1996. Barber, who went on to play for the New York Giants, was one of a few nationwide to participate in the chat, which Cubelic believes helped increase his national name recognition.

“He understood how to utilize that tool and that weapon when he was in school,” Cubelic said. “I remember thinking how do those guys even know what that is to do it.”

Today, Cubelic sees the value of social media use, especially Twitter, as host of a weekday morning radio show, The Cole Cubelic Show, and as a member of the ESPN and SEC Network broadcast team.

Cubelic says he believes universities have a great opportunity to teach student-athletes about using their platform and how to use their various tools, especially social media.

“I think there is an opportunity right in front of schools and the athletes for further education,” he said. “(If I’d had social media) there’s no way when I was 18, 19, 20 years old that I would really understand how many people were going to see the things that I was going to put out there and how cautious I probably needed to be with what I put out there, and then most importantly how I could have utilized that to better myself after I was finished playing for that university.”

He believes providing that education through means such as Influencer (INFLCR) will provide a recruit edge for coaches.

Listen to the full interview to hear more from Cubelic on these topics and the consumption of media. Follow him on twitter at @ColeCubelic.

Jim Cavale has been an entrepreneur since college when he co-founded a sports TV/Radio streaming network for his university, and then created a product to sell to other universities to help them stream their sporting events. Since then, Jim has exited multiple businesses, most recently selling his equity as President of Iron Tribe Fitness after more than six years in which he helped lead the brand from one gym in Alabama to more than 40 gym locations across America from Seattle to Miami. He is a three-time INC. 5000 entrepreneur who has recently founded two new emerging brands in the GLOW beauty on-demand app and the Influencer SaaS product that empowers brands to partner with their brand ambassadors on social media. Jim is a published author with Entrepreneur Press, has spoken on stages of all sizes and publishes content regularly at http://JimCavale.com