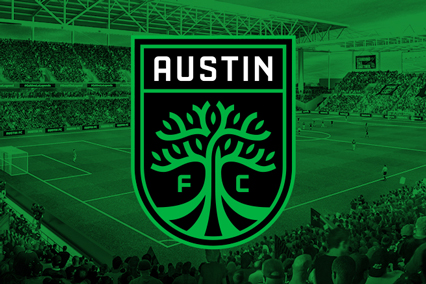 Austin FC Signs with Teamworks to Streamline Operations into One Player Engagement AppThe #1 Player Engagement PlatformAustin FC to implement Teamworks ahead of debut in the 2021 Major League Soccer (MLS) season.DURHAM, NC – – Teamworks, the leading athlete engagement platform for professional and collegiate organizations, is pleased to announce it is partnering with Austin FC, the 27th Club in MLS and the only major league team in Austin, Texas which will play its inaugural MLS season in 2021. Austin FC’s first team will utilize Teamworks to relay communication and training information to players and staff, giving the organization one unified platform for staying up to date on team information.“During my time with U.S. Soccer, Teamworks proved extremely effective in simplifying the logistics, coordination and critical communication of our team into one app,” said Josh Wolff, Head Coach for Austin FC. “Similarly, at Austin FC, Teamworks will enhance our first team players’ experience, eliminating redundancies and giving each individual one central location to check their schedules and see all pertinent training information. With Teamworks, we will be able to answer questions for players and staff before they even have to ask.”Austin FC joins a number of new MLS clubs that have chosen to partner with Teamworks ahead of their franchise debuts in the league including recent team partnerships with Inter Miami CF, Charlotte FC and Nashville SC. The list of partners also includes U.S. Soccer, the league offices of MLS and United Soccer League (USL), as well as multiple English Premier League (EPL) clubs. For all of those organizations, Teamworks eliminates distraction and reduces off-field noise for players and staff, enabling them to focus on competing, performing and winning.“We’re proud Teamworks is a trusted solution for soccer clubs to successfully engage their players and maximize efficiency,” said Zach Maurides, CEO and Founder of Teamworks. “Before Austin FC players and staff have even stepped onto the pitch to compete in their inaugural season, we want to equip them with the best tools to ensure everyone is aligned on team goals and that communication is crystal clear for every member of the organization.“About TeamworksTeamworks is the leading athlete engagement platform and player app, empowering more than 3,000 clients around the world to better connect and collaborate by simplifying their internal processes. Based in Durham, North Carolina, Teamworks creates a culture of communication and accountability for more than 2,000 NCAA Division I programs including every Autonomous Conference institution; professional teams in the EPL, MLS, NHL, NBA, NFL, and MLB; collegiate and professional conferences; and national governing bodies. Visit www.teamworks.com for more information.About Austin FC Austin FC joined Major League Soccer (MLS) as the 27th club in January 2019 and is the City of Austin’s first major league team. Austin FC will officially begin play in 2021 in a new, 100% privately financed, $260 million, state-of-the-art soccer stadium and public park in Austin.Austin FC operates Austin FC Academy, the fully funded boys development academy, which aims to represent the highest level of competition for elite players in Central Texas. It serves as the feature pathway to MLS for the region’s most talented young players.Austin FC’s parent company and ownership group is Two Oak Ventures, the entity which manages Austin FC and affiliated assets, including the MLS soccer park and stadium under construction at 10414 McKalla Place in Austin, Texas, and St. David’s Performance Center, the $45 million training facility of the Club and Austin FC Academy, scheduled to open in Spring 2021. St. David’s Performance Center will be located at the Parmer Innovation Center in Northeast Austin.