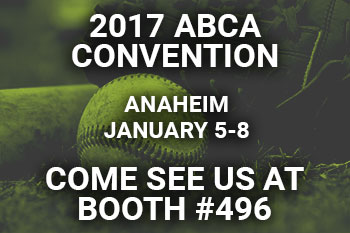 The Teamworks crew is headed to Anaheim, CA for the 2017 ABCA Convention!The American Baseball Coaches Association (ABCA) is the largest amateur baseball coaching organization in the world. The ABCA hosts the world's largest baseball convention every January, which features coaching clinics, a trade show, meetings and several awards presentations.This year, Teamworks' Director of Operations, Mitch Heath, will be giving a presentation on Thursday, Jan 5 at 2pm called, Leveraging Communication Technology in your Baseball Operations. He will discuss how communicating effectively, traveling efficiently, and going mobile prevents operational mishaps and drives success on and off the field.We look forward to catching up with familiar faces and meeting new friends at ABCA 2017!Come see us at booth #496!Join the conversation on Twitter by following @ABCA and using #ABCA2017.